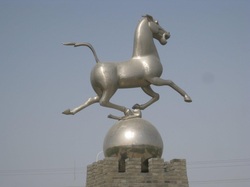 There are two main causes for the need for Soul Release.
The most common is the removal of ‘bits’ of soul which, in times of great distress, can be ‘stored’ elsewhere - in land or other objects.
The individual has decided that for their highest well-being it is safer to split pieces of themselves off, outside of their own own body, (which is considered too dangerous to remain in) at that time.   This is surprisingly common in children whose world view is undeveloped and who are greatly impacted by life.  By adult hood we may have stored many pieces of our souls elsewhere for ‘safe keeping!’ so the need for re-integration of all the parts of our selves is common.

In cases of extreme trauma, the soul can split in big chunks repeatedly leaving bits of itself (Voldermort like!) in many places.  Pieces of disassociated soul residue can even remain on earth after their owner has died.
A Land Cleanse picks up and removes any of this ‘stored soul’ from you or your physical environment.  A Soul Retrieval brings any stored parts of your own soul back to yourself.

Approximate Session Time: One and a half hours 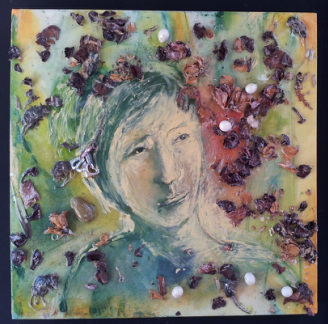 One of my first experiences of poltergeist activity occurred 31 years ago. A phone call came from a woman who had brought an antique bed head.  The first night she got it home and set it up, her bed was shaken and rattled - she ended up sleeping on the lounge room floor!

From my flat across town I connected in with the bed head. Immediately as I connected in I met an angry and confused woman who had previously owned the bed and who had lodged herself in the bed head!
This ‘poltergeist’ was a cross old woman.  She was happy to be assisted from the bed head and guided across the veil of this physical reality.
She moved happily into the arms of Love in a clearing process that took about 10 minutes. The Soul Release clearing was done off site for a person I hardly knew, in an environment I had never seen.  I share this to assure you that distance Cleansing, Exorcism and Soul Retrieval is perfectly possible - distance is no object! 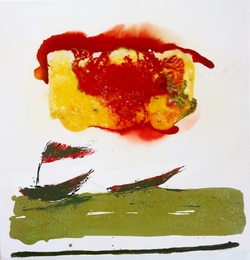 Possession
A living person holding another persons soul is said to be Possessed.  'Exorcism' is an old name for Soul Release that relates to freeing a living person from anothers soul.  There are grades of possession from subtle to complex.   Complex Possession involves the total or partial dominance of one or more 'others' in an individuals body.

Common forms of possession
Recently a friend’s father attached himself to her upon his death as he refused to believe there was anywhere else to go.   It was simple to show him that he could go and also come back and visit his daughter at any time.   Once he had realised that, he felt he could now safely ‘go exploring’!   Also he had not understood that his prolonged presence (possession) in his daughter was adversely affecting the well-being of his child.

Deliberate malice possession is rare and normally associated with coven type sworn commitments.  These conditions are more complex to clear as they generally involve more than one person and a host of ‘holding vessels’ (objects holding bits of disassociated soul.)
A person who has carried (been possessed by) someone elses soul for a long period of time will need to have their own soul - or soul pieces, invited back into their body again after the other soul/s have been released from them.

The soul who has been removed also needs to be ‘re-housed’ (Handed over to Love for healing and transmutation).  Any time a vortex is created by removing energetic mass, (soul) the object being left needs care and to be re-filled by their own self, or the clearing may only serve to create room for 'someone else' to move in! (Phooey to that!)

Feelings like disassociation, low grade depression, ‘not quite being here’ or on-going ‘not okay-ness’ and schizophrenic type behaviours are common with possible disassociated soul trauma. In lives containing physical and emotional abuse, soul separation and possession are common.

This type of soul retrieval can take a few sessions to clear and stabilise.  A person may need some assisting adjusting to the freedom of living as a whole being.

In my experience…
Assisting souls to cross over who have become 'stuck' in an earthly place is a swift process, usually only taking about 10 to 40 minutes.

However, it is useful to remember that when you are dealing with Soul Release / Excorcism (the removal and re-establishment of soul within a living human being) you are talking about living  people who need specific help. I work with a Spiritual Healing Team and am specifically trained in this work by the Shaman Leila Lees.  This work takes around 1.5 -3 hours.

I like to follow up Soul Release work by cleansing the environment and wrapping it in spiritual protection.  I like to use a Land Cleanse for any other ‘stored soul residue’ and check for water systems.  Underground water systems easily carry dis-placed souls and generally need to be physically adjusted for in some way.  It is important that all objects in an environment holding disassociated soul, are brought back into complete freedom and flow.  This full process takes about forty minutes depending on what has been going on and how much distress is stored there.